Flashback to November in 2019: It was my first work trip with my new company and I was nervous and excited. We were off to Kwandwe Private Game Reserve in the Eastern Cape for some meetings and to experience the property. I had been working with this property for almost a year and had gotten to love them. A lot. I knew it was 22 000 hectares. I knew that they were conservation leaders. I knew that their accommodation offerings were luxurious. The reality was so much more than I could imagine.

Imagine so much space and wilderness, as far as the eye can see. A team of trackers and rangers so friendly and knowledgeable that inspire you to get up at 5 am in the morning to go out on game drives because you just don’t want to miss an opportunity to explore. I can still hear the sound of nature – filled with bird song.

I stayed in November, at the height of a drought, and as you will see in my images, the land was dry and animals congregated at the quickly dwindling water holes. I am pleased to add that the area has received a lot of rain in the last month and is currently looking lush and the watering holes and dams are filling up nicely. You can read about the Rejuvenating Rain on a recent article on their website.

Herds of zebra, giraffe, elephants, oryx, buffalo, wildebeest, red hartebeest and more dot the landscape. And the birds, such a wide variety of birds. We spent one morning on a game drive trying to identify the many birds – from sight and sound – with a great tracker and birder named Saki. 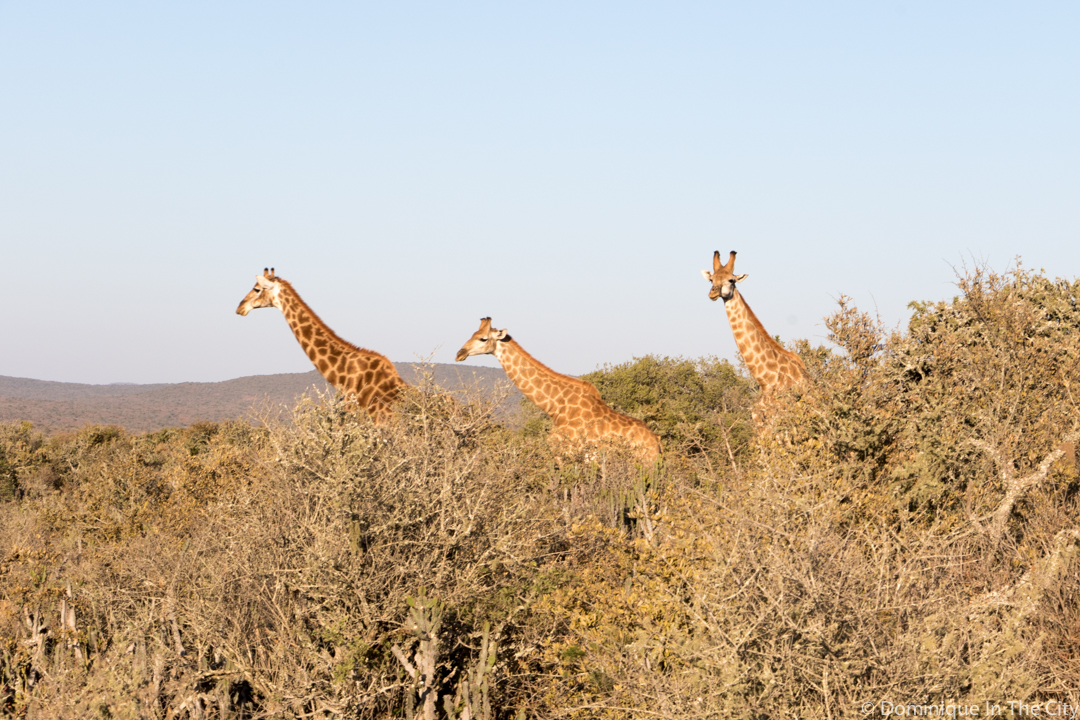 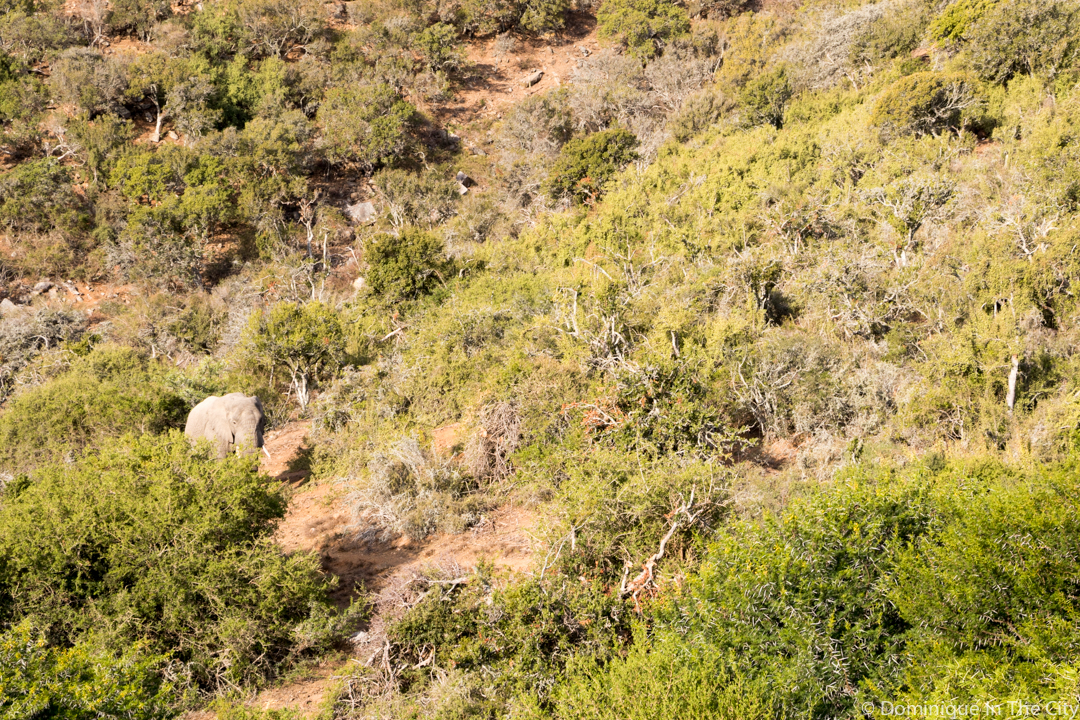 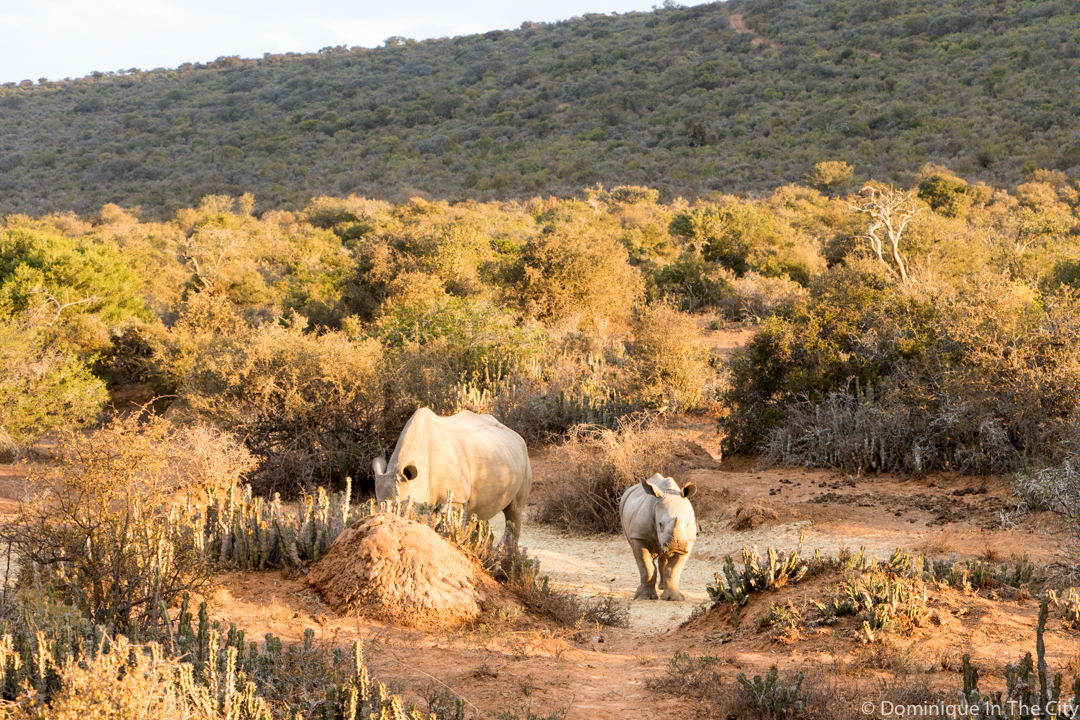 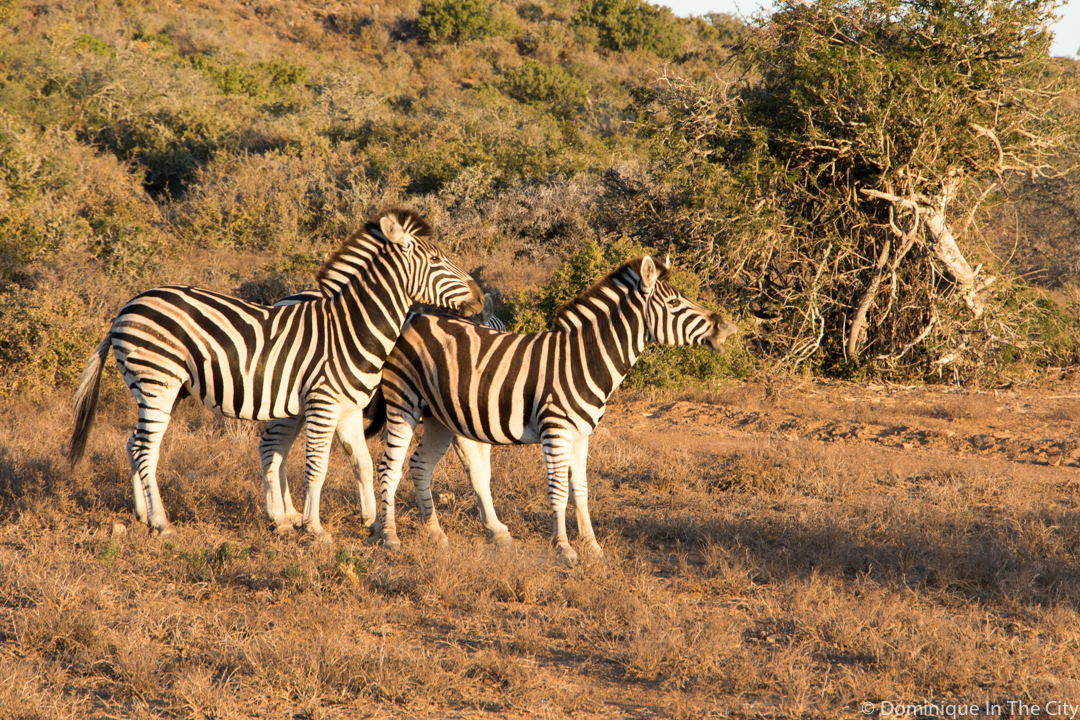 My favourite sighting, however, was with ranger Ryan and his tracker Ernie. We set off early one morning and 2 minutes into our game drive we heard the roar of a male lion. Ernie pointed into the distance and off we went to find the king. This lion, however, was the son of the king, a prince. Ryan explained that usually, the sub-adult males leave their pride at this age, but for some reason, this male was still allowed to be part of the pride. We found him close by, constantly calling out, but to who? Ryan and Ernie had a quiet discussion, Ernie had heard another, older lion very early this morning on the other side of the reserve. Ryan and Ernie suspected that this young, male lion may be calling out to a pride located on the other side of the river. Was it friendly calling or warnings that this was his territory? We decided to go and investigate the other side of the river. 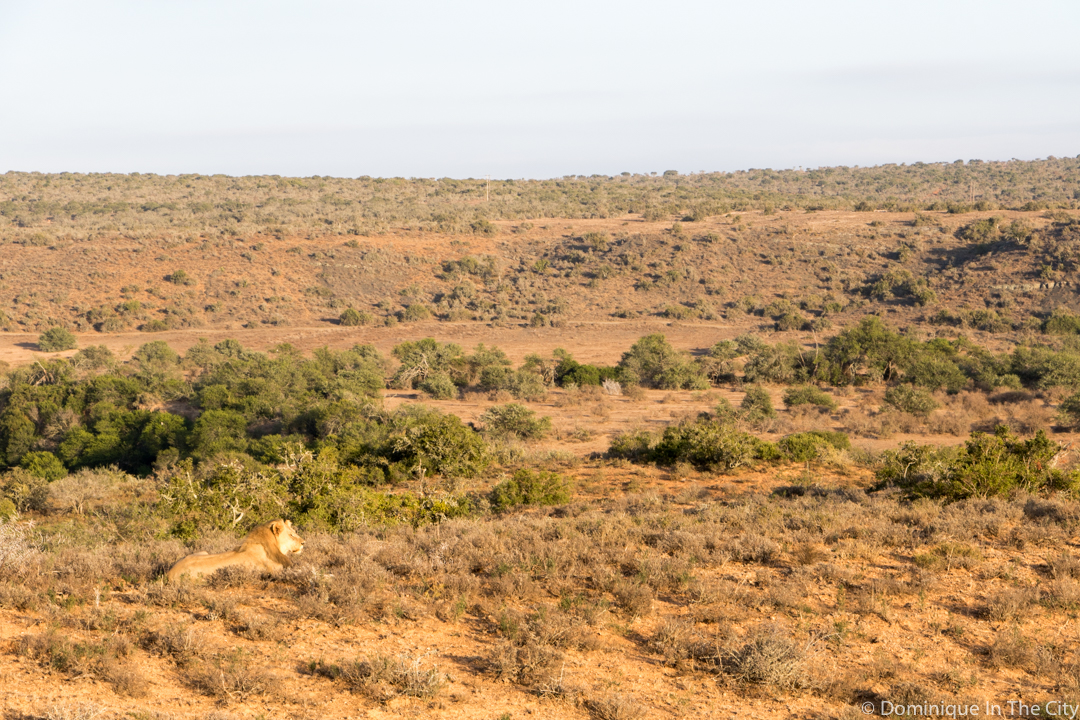 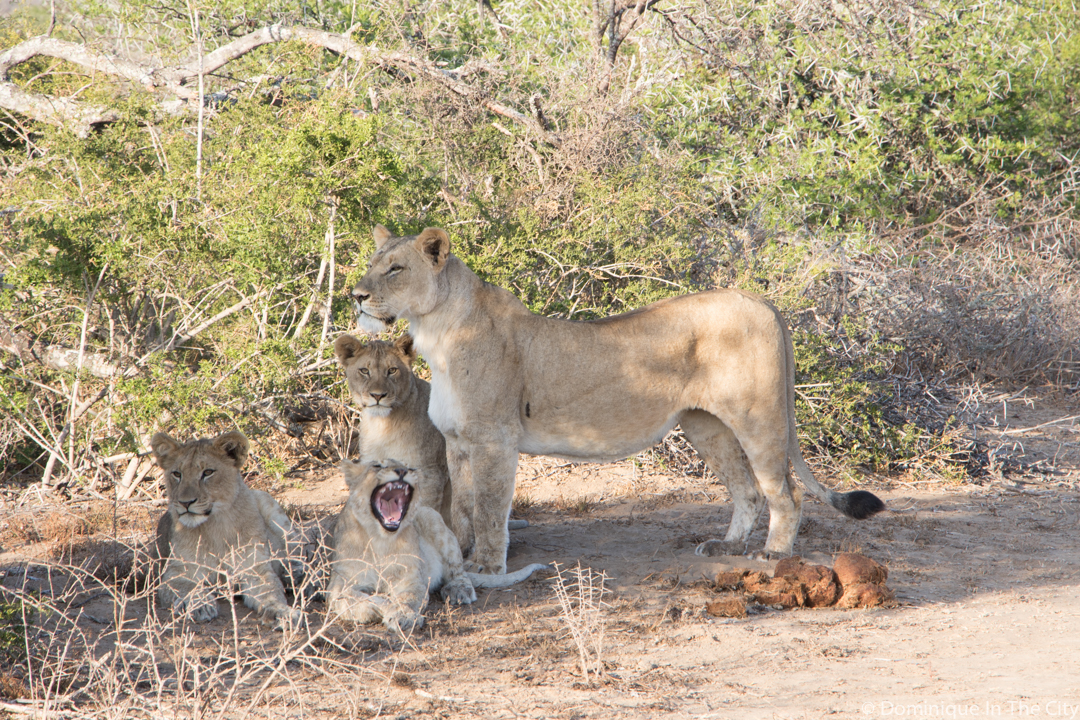 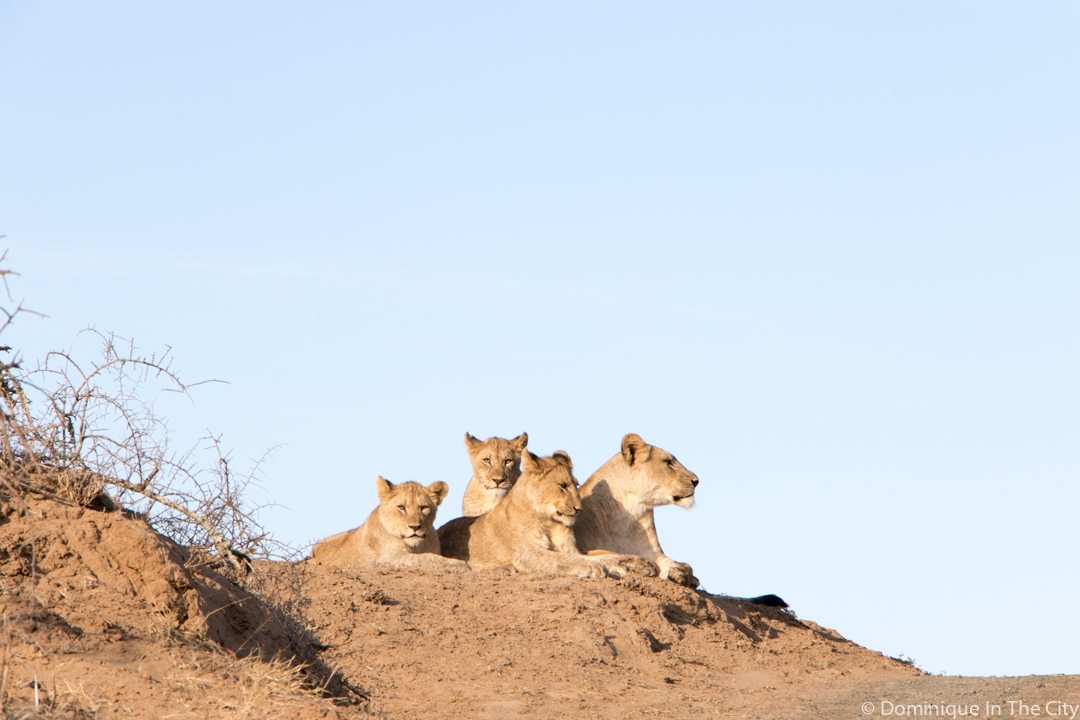 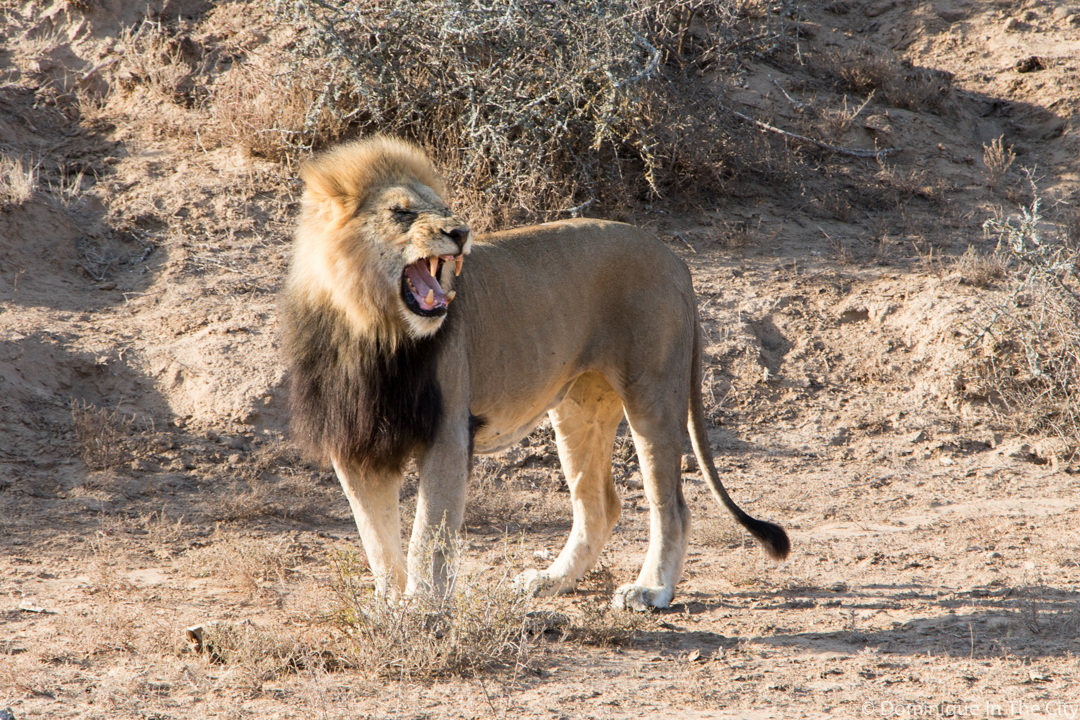 Kwandwe is isiXhosa and means “Place of the Blue Crane” and is home to a population of these highly endangered birds, which is also South Africa’s national bird. This vast, pristine wilderness is home to the famous Big Five as well as a diverse number of smaller and more unusual species.

Kwandwe offers three private villas: Melton Manor and Fort House, and the century-old Uplands Homestead. They also have two lodges: Great Fish River Lodge and Ecca Lodge. Kwandwe is one of the only privately owned Game Reserves that welcome children of all ages on their game drives, which makes them super family-friendly.

We stayed at Melton Manor for the first night. This beautiful private villa offers 4 ensuite bedrooms, a swimming pool, a personal chef, and a private ranger, tracker and vehicle. On the second and third night, we stayed at Fort House, which features two master suites, two classic rooms, each en-suite, as well as free-flowing living entertainment areas, wine cellar, the spa treatment room, and refreshing pool. This villa’s patio overlooks a waterhole that attracts a variety of animals. 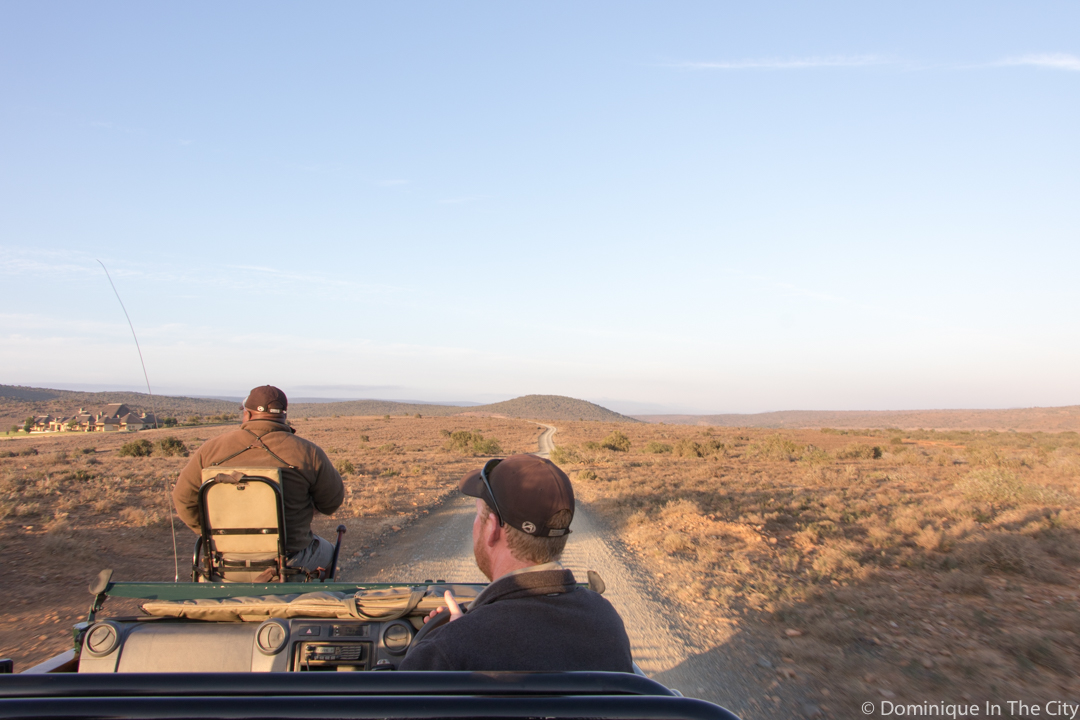 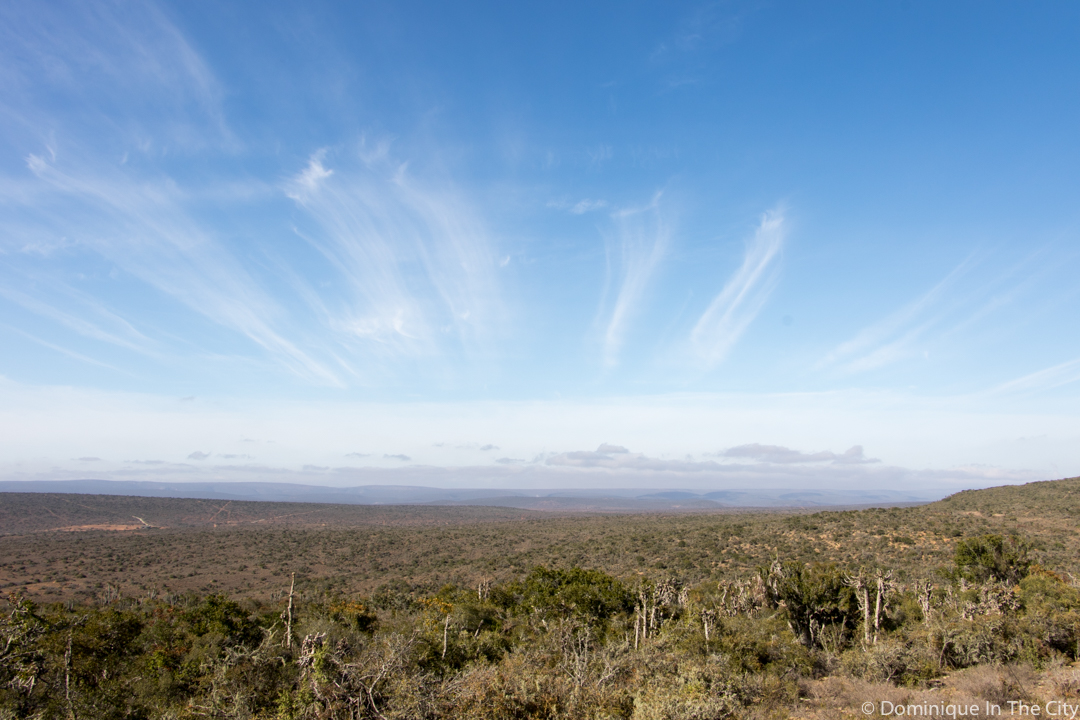 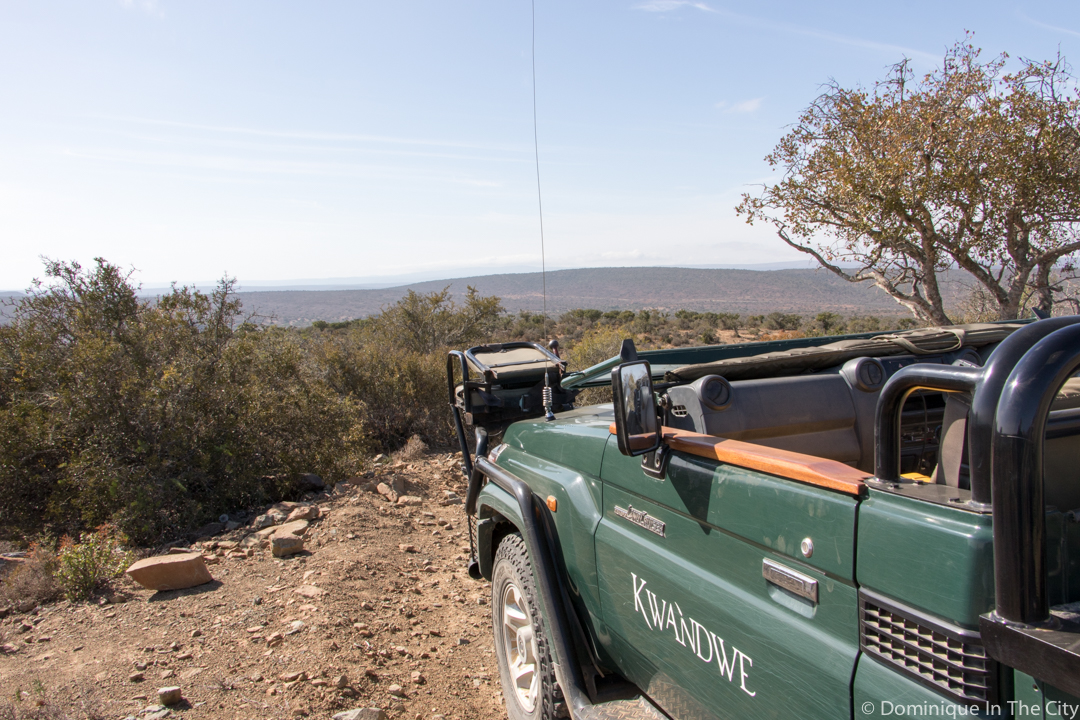 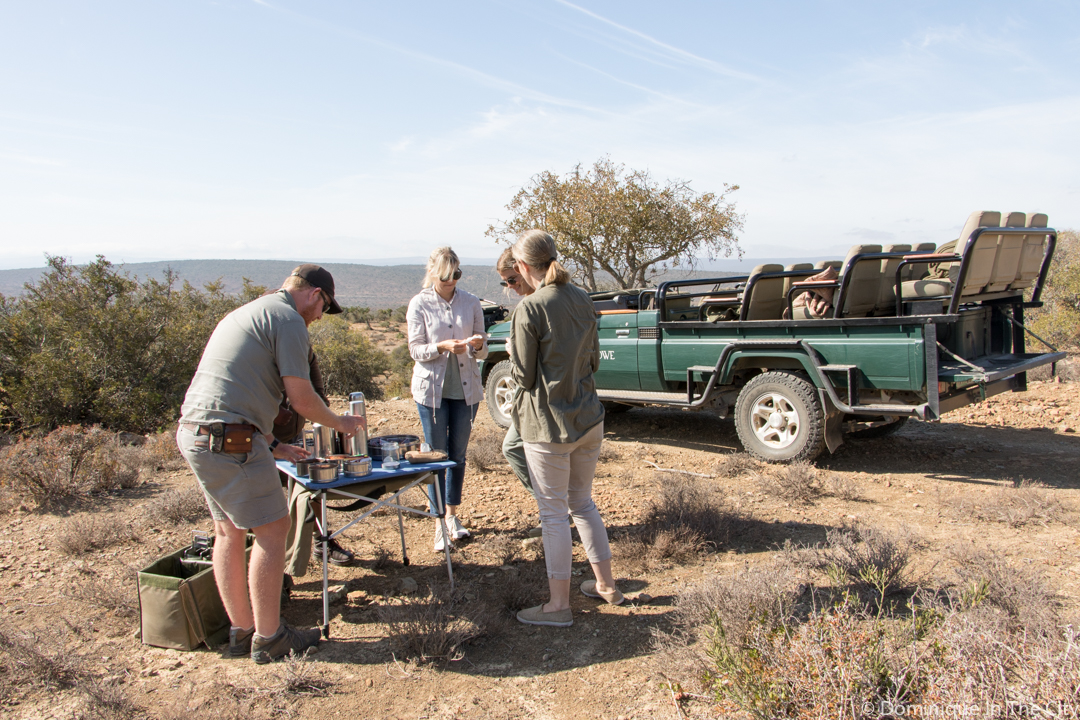 © 2020 Dominique in the City – All Rights Reserved Sunday drives: In search of the wildflowers